A mountain for a backyard. That was one of the defining qualities sought for the new community of Burke Mountain. In 2000, EKISTICS completed the Burke Mountain (NECAP) Area Plan with the City of Coquitlam, establishing a framework for a new urban village of 7600 homes that would be socially diverse, economically viable and ecologically guided.

In 2002, EKISTICS was commissioned to lead the master planning of the first Burke Mountain neighbourhoods – Upper Hyde Creek and Smiling Creek – encompassing over 750 acres. Through an extensive public consultation with residents, stakeholder groups, the Client and City, the designs worked with principles of community design to integrate the site’s significant natural features to define a local a sense of place. The resulting clustered neighbourhoods provide a diversity of residential homes, community facilities, parks and commercial uses supported by a network of pedestrian-oriented streets and trails. Unlike typical suburban neighbourhoods, the designs were able to incorporate alternative design standards for the public realm, such as park-front green streets and innovative low-impact development practices, creating civic spaces friendly to wildlife and residents alike.

The Plans were approved as amendments to the City’s Official Community Plan, with the first re-zoning completed in the spring of 2006 clearing the way for the phased development of this new community at the base of Burke Mountain.

Through 2019, EKISTICS continues work on Burke Mountain with Wesbild following the acquisition in 2014 of an additional 370 acres of Burke Mountain land from the Province of British Columbia. Approximately a quarter of the newly acquired land is situated within approved neighbourhood plans, Smiling Creek and Partington Creek; with a large percentage of the remaining land located within the City of Coquitlam’s Northwest Burke Vision (NBV). EKISTICS continues to lead the master planning + urban design of future developments within the Smiling Creek, Partington Creek and Northwest Burke Vision neighbourhoods. Future hillside developments look to embrace the lands natural assets and expansive views while providing a variety of housing types including estate residences, large single-family, small single-family, row homes and traditional townhomes. 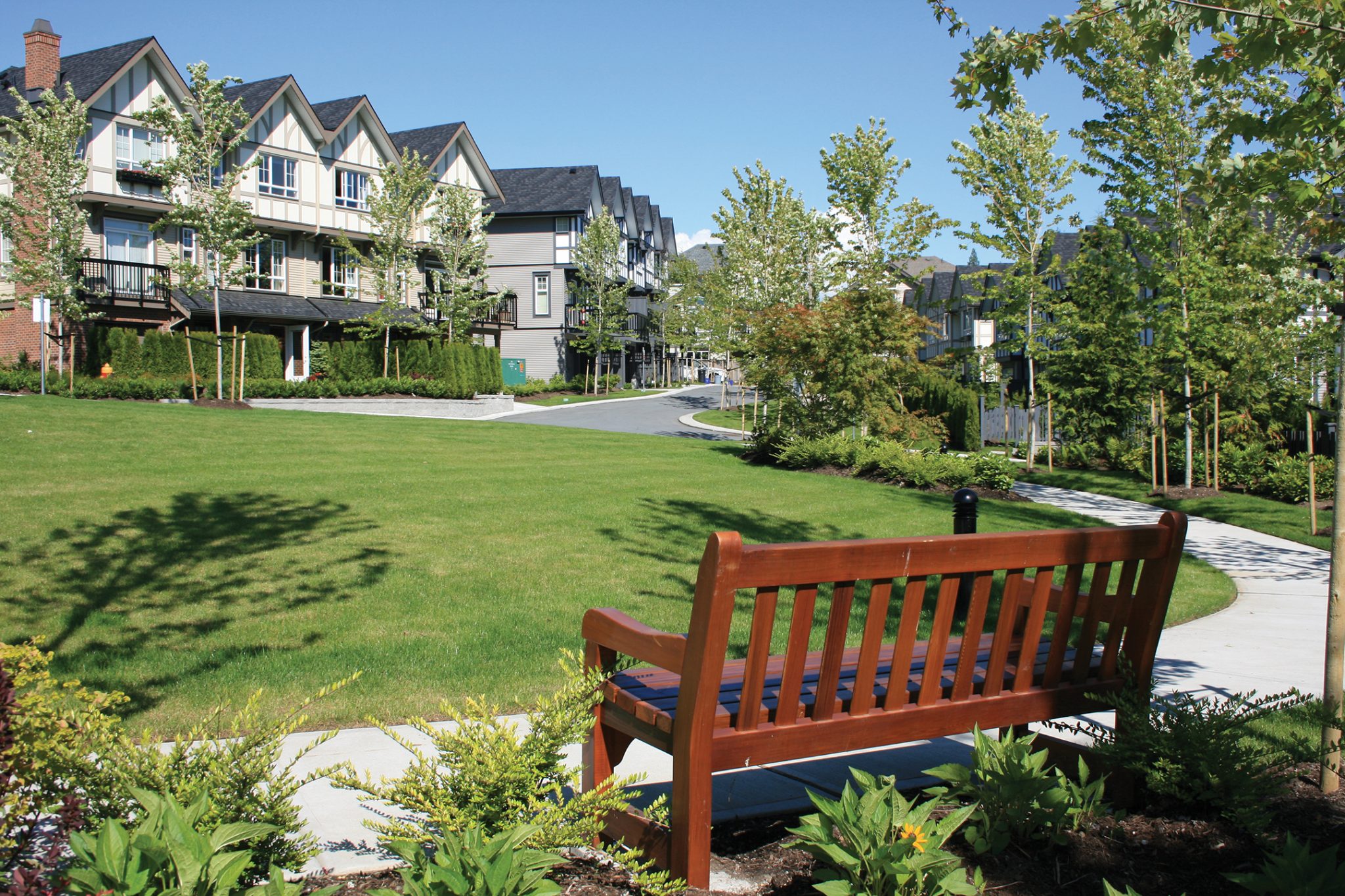 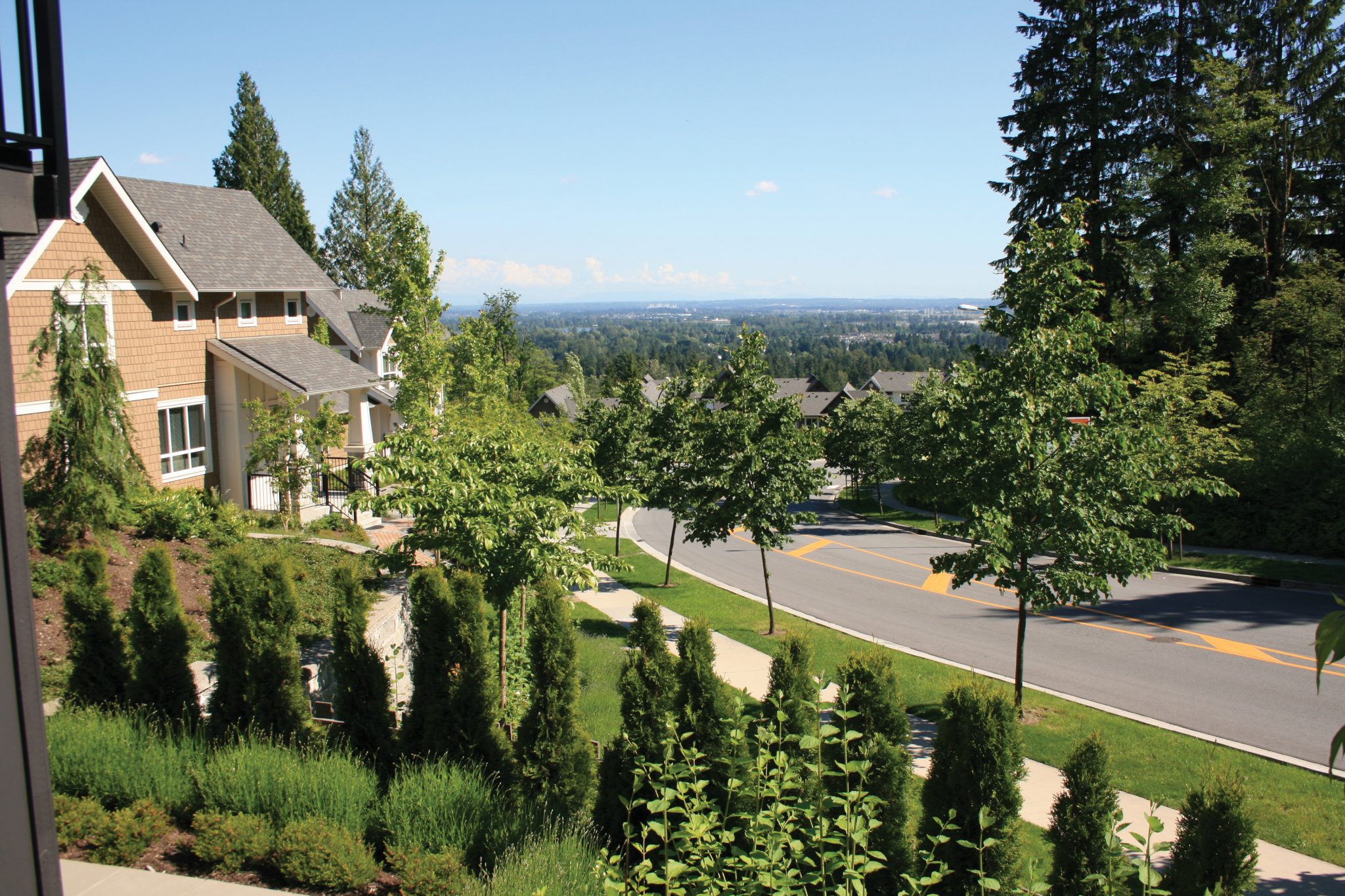 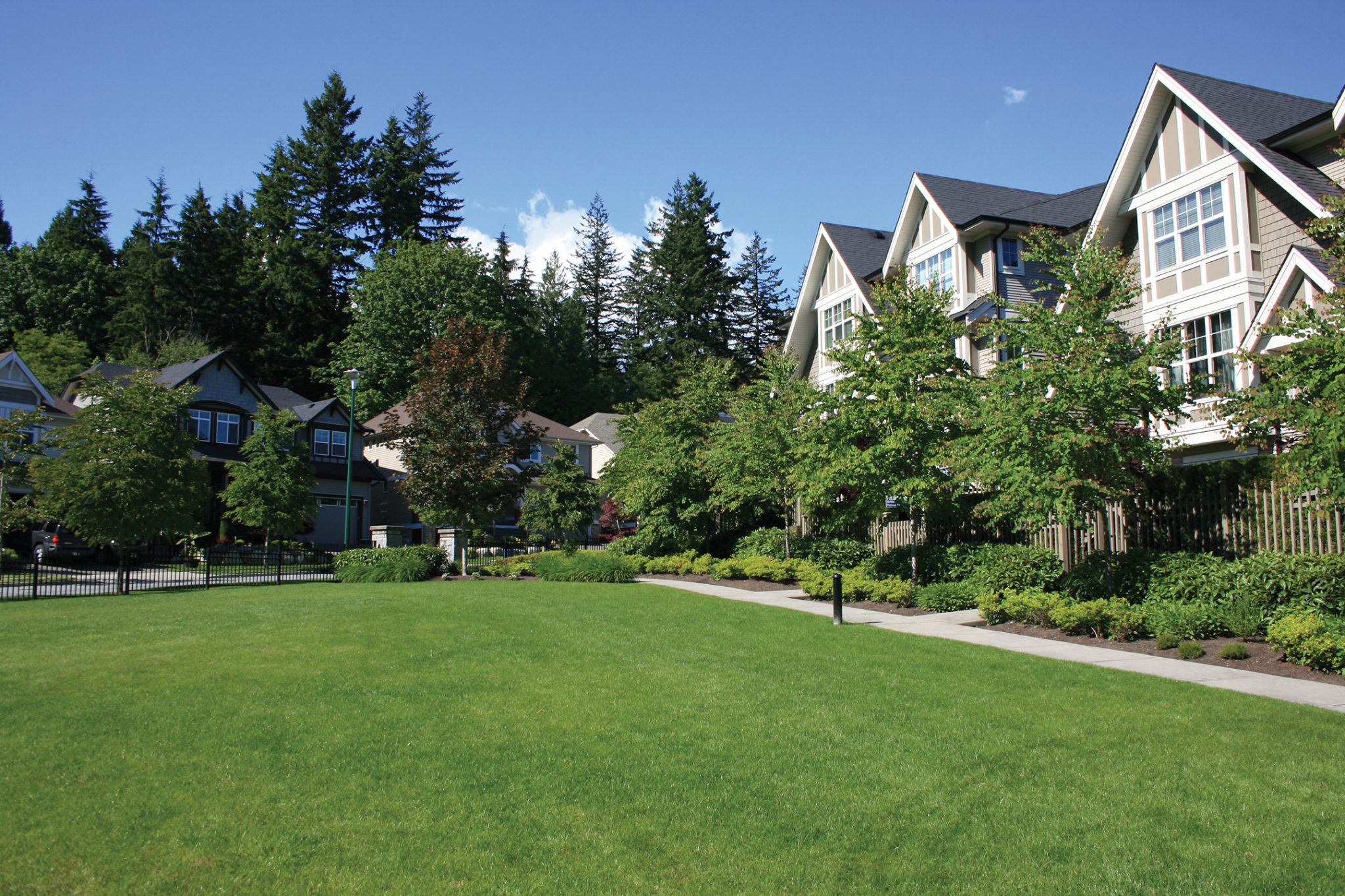 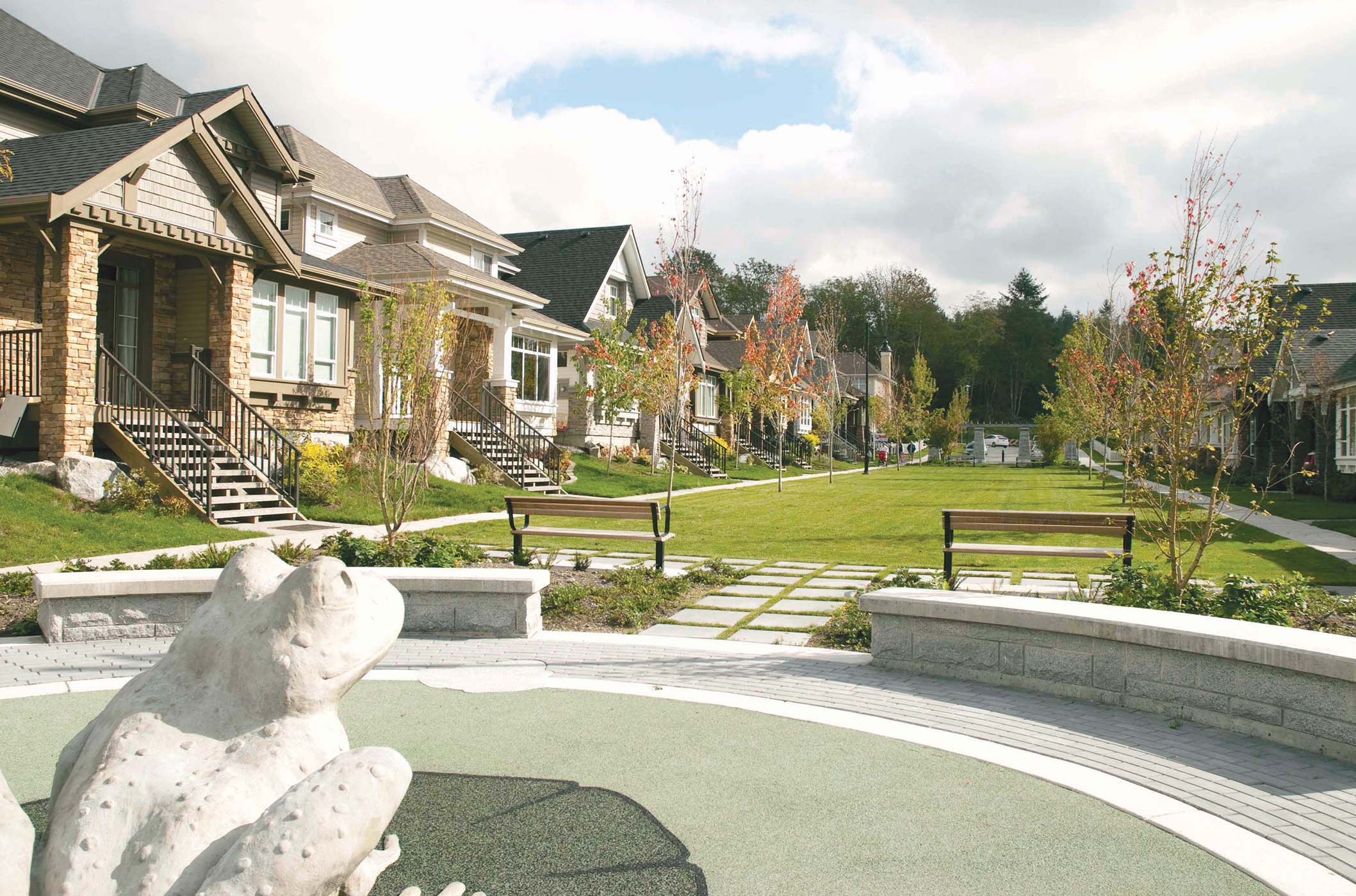 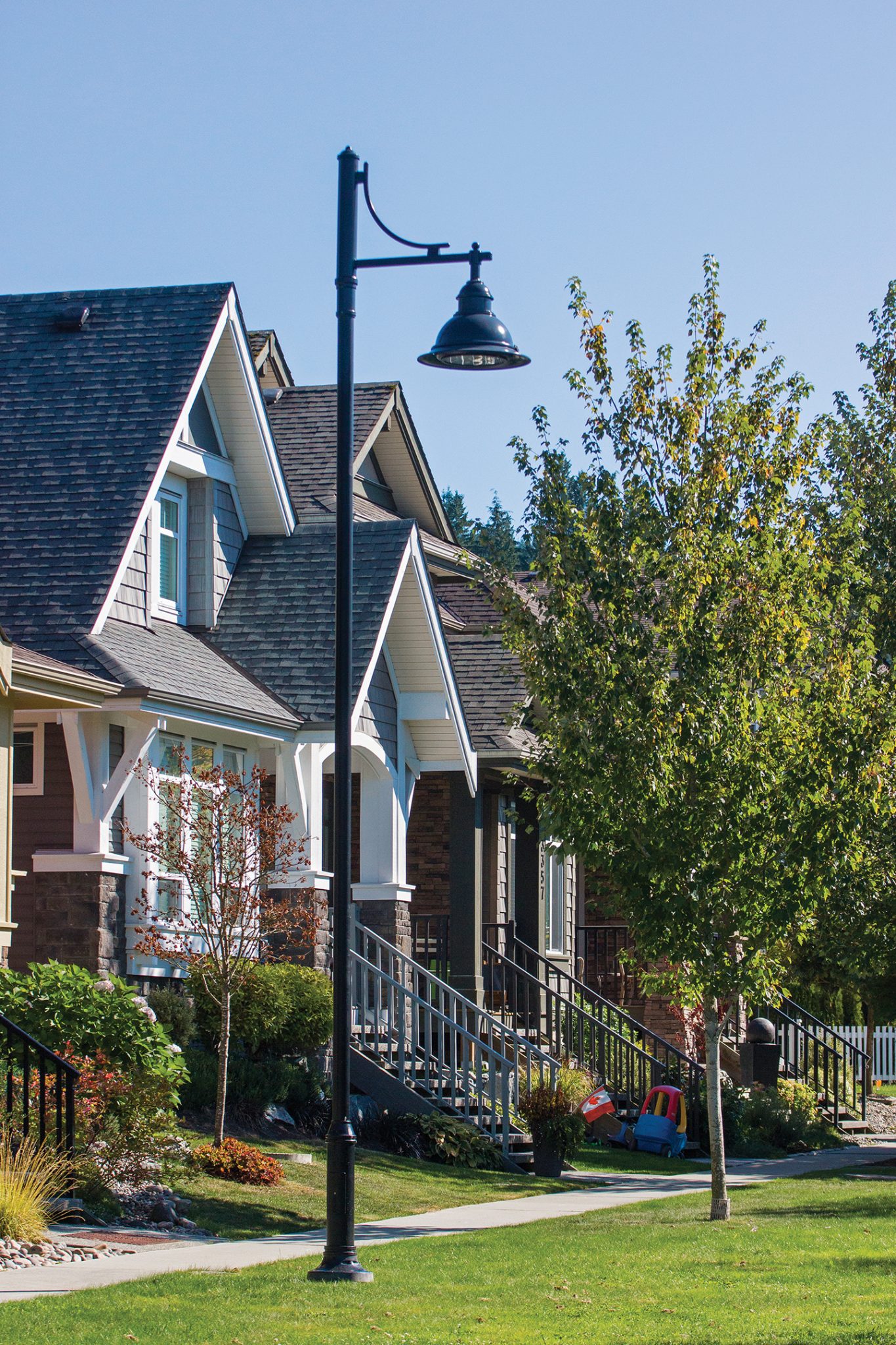