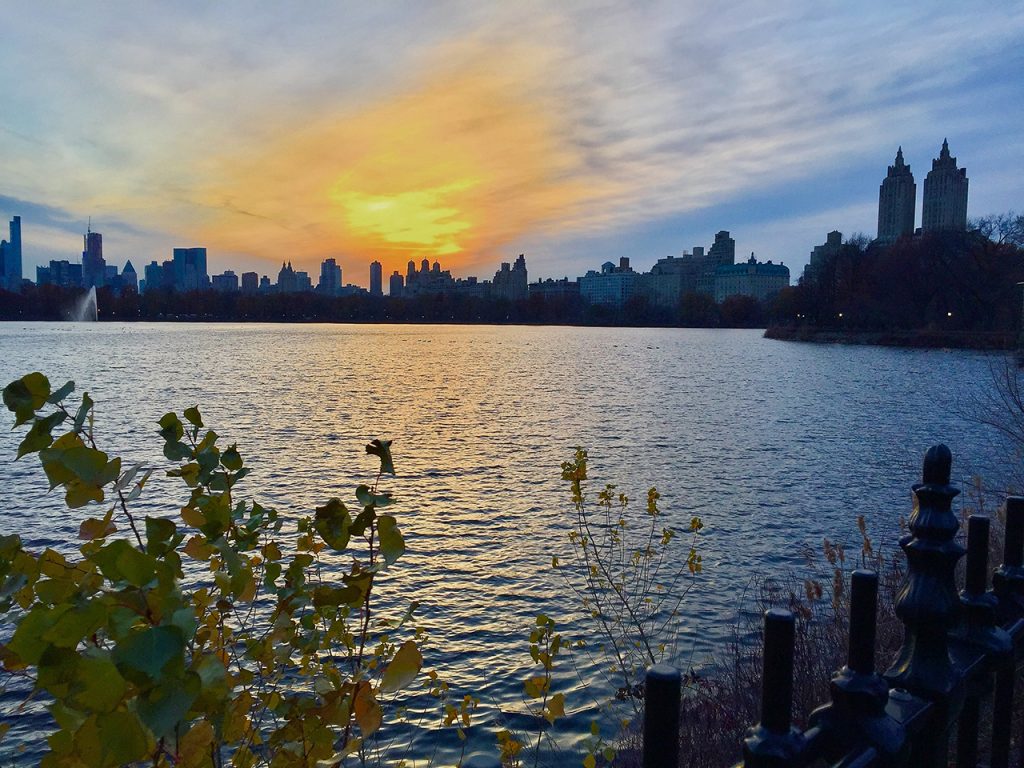 HANGING ABOVE MY DESK

Olmstead and Vaux’s 1858 Greensward Plan for Central Park hangs above my desk. Today it stands as a testament to the role and calling of Landscape Architecture. New York’s Central Park was the first great city park in the United States; one that continues to define NYC. Chosen for its mix of open space and wilderness, the plan integrated formal patterns and structures like the Park’s bridges, mall and Bethesda Terrace with the natural landscape. It also artfully constructed ‘natural’ areas like the waterfalls, caves and historic rocks intended to allow New Yorkers to connect with nature and experience its seasons. The partners envisioned Central Park as a unified work of landscape art: a park as a public institution to enhance the lives of its citizens. Nearly 160 years later, what is remarkable is its continuing, vital role in the life of the city: open space and habitat, urban respite and recreation, economic anchor and international destination. Conceived during a time of social improvement, the Park remains a rich and nuanced landscape filled with activity. It also continues as a testament to the power of landscape to articulate a distinct sense of place.

While the Greensward Plan serves as an enduring example of the transformative power of landscape design, it also stands in stark contrast to how often Landscape Architecture continues to be understood and practiced. Landscape design is frequently overlooked in the rush to jump into architecture; its role regularly reduced to one of backdrop and decoration. Clients, and designers alike, often assume a straight path in determining a project’s form and feasibility; one that begins with the site and ends with buildings. However, like in most endeavors, the straight path is not often the best path. For in this state of mind, there is a smallness of purpose, a certain meanness of spirit. The design finds its foundation in the utility of space planning and the requirements of bylaws and building regulations. The resulting design is best described as orderly and banal. These places are inspired not by the land but by fashion trend, driven not by experience but by market preference, and rooted not in place but in price point. The land remains silent; the landscape simply an accessory.

Yet the landscape is, in fact, foundational to good design. To articulate a sense of place, design needs to begin as a conversation with the land and the community. Good design seeks to be a response, rather than an imposition – to the context, landform, natural systems, users and people who call it home. Despite the reams of data and stacks of technical reporting, the defining qualities of the land itself often remain overlooked during the inventory and analysis stage of a project. For in the landscape are the clues to place. It is evident in the forms and contours of the land, in its vegetation and views, in its play of light and colour, its scents and seasons. The Land is the source code to unlocking the spirit of place.

On this 150th anniversary of Canada, I am reminded of the work and enduring significance of the Group of Seven. Through their interpretation of the landscape, they saw an identity of a nation. Considered at the time an unworthy subject for the artist, they saw the poetry and spirit of the land, capturing it in pigments and brushstrokes. Today, their work has to come to symbolize ‘a distinctly Canadian identity.’

Rooted in its geography and scale, the Landscape uniquely holds the ability to generate a defining experience of place; one that is shared by all. It stands as the common ground upon which we move and have our being. It is in the landscape – its mountains and wilderness, parks and shorelines, sidewalks and backyards – that a sense of common experience and shared community is born. This divining role is the calling of Landscape Architecture: to be the poet of the built world.

Yet while the landscape holds the power to articulate a distinct sense of place, the greater challenge for most of us is “not that our aim is too high and we miss it, but that it is too low and we reach it”1. The Greensward Plan hangs above my desk as a reminder of just that.

This article appears in the August edition of Design Quarterly.